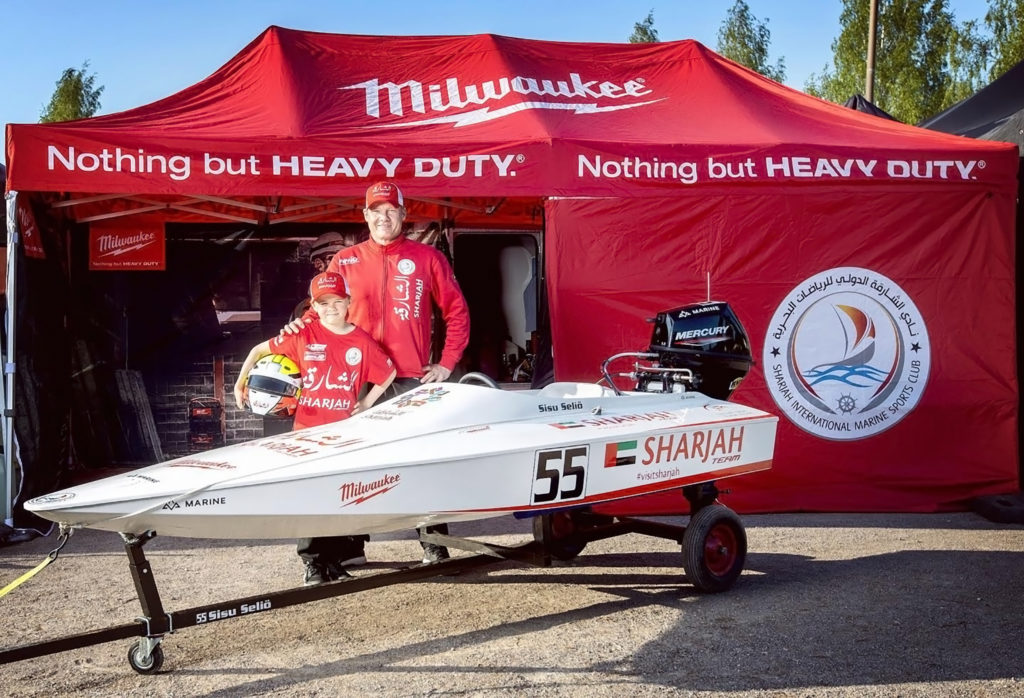 GT10 is an international youth class for seven to twelve-year-olds powered by a ten horse power four-stroke factory-made carburettor engine from either Yamaha, Mercury, or Tohatsu producing an approximate speed of 45 km/h in their Speedrace monohulls.

Sisu Seliö, whose father Sami races in the F1H2O World Championship for the Sharjah Team, secured the Finnish Championship by just two points from the reigning GT10 Nordic Champion Valter Laine. Of the four round series organised by RaceWKND Seliö took the top step of the winners podium at Rauma and again at Vaasa, which was the young racers favourite race venue.

“I love going racing” said Seliö, “it’s hard when they reverse the grid in the second heat but it’s fun trying to catch people then try and pass them. Some weekends are really tricky, like in Jyväskylä where I broke the engine’s mid-section but the team fixed it and I then went out and won the final heat. Next year I wish there were more races because they are fun.”

2023 will once again see Seliö competing in the GT10 class but the Sharjah Team will also start testing sessions for him as he prepares to move up to the GT15 category possibly developing a new hull in the process.