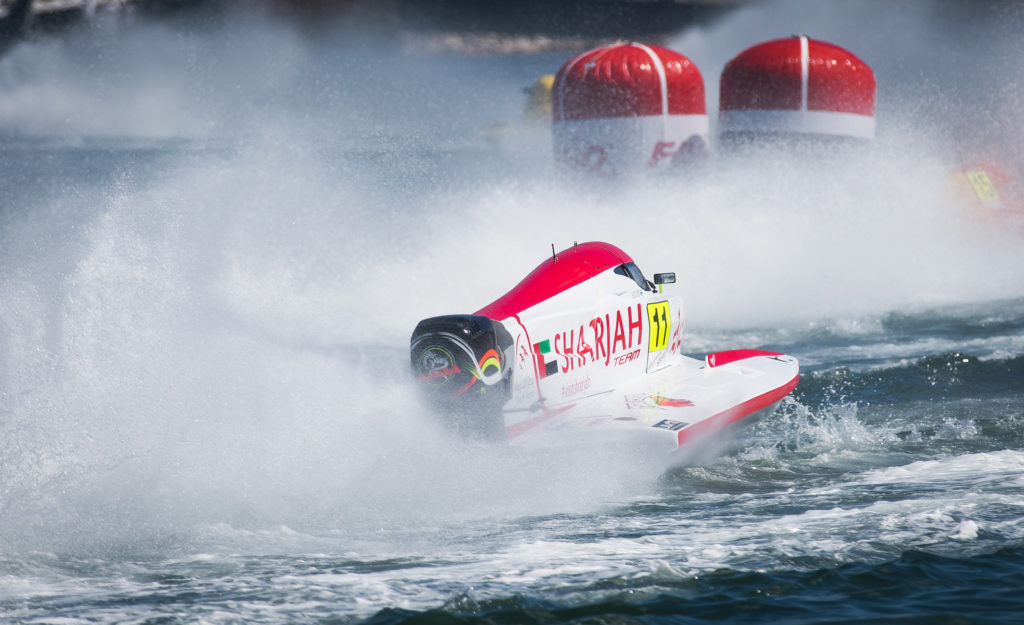 Friday, 4 July, EVIAN (France): Sami Seliö and Sharjah Team head to Evian-Les-Bains for the Grand Prix of France, refreshed, well-prepared and ready to take on the daunting challenge of the daunting 2.08km Lac Leman circuit at round 3 of the UIM F1H2O World Championship.

Following the Grand Prix of Portugal in May the team had its first opportunity of the year to get their boats back to base in Lisbon to de-rig, re-rig and make any necessary modifications and adjustments.

“It has been a very busy period for the whole team but we have made good use of the time we have had and are all set for the next round.” Seliö said.

“What no one can predict is the conditions we will face on Lac leman. The weather and water conditions can change from one minute to the next. The lake is very unpredictable, rough water and rolling waves that are hard to see make it hard to read. But it is the same for everyone so we shall see.”

The two-time champion confirmed that the newer of his boats has been modified and he will run it in Evian, a venue where he and teammate Filip Roms have had mixed results; Seliö’s best outing was in 2017, qualifying in P3 and finishing in second whilst Roms has enjoyed some career highs, taking his first podium in third in 2015 and going one better the following year.

First practice takes place on Saturday 6 July at 10.15hrs [local], followed by Rebellion Official Qualifying at 16.20hrs, with a second practice session on Sunday at 10.15hrs and the UIM F1H2O Grand Prix of France at 15.30hrs.