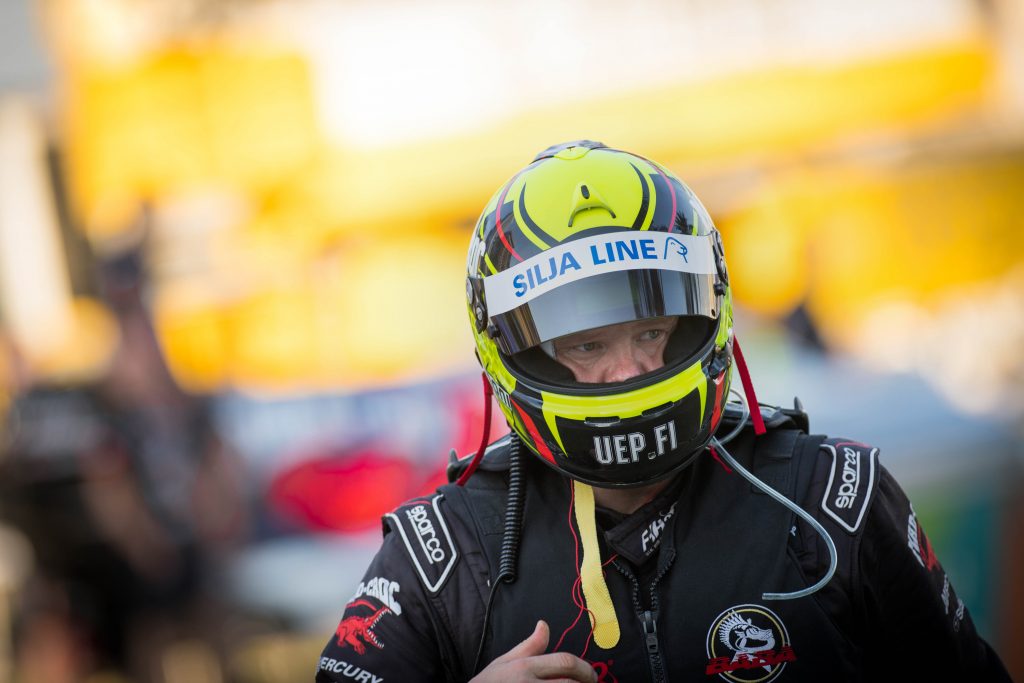 Wednesday, 9 August: Mad Croc BABA Racing head to the People’s Republic of China this week for the Grand Prix of Harbin on 11-13 August, round 3 of the UIM F1H2O World Championship.
Two time world champion Sami Seliö will be looking to extend his slender advantage at the top of the points’ standings in the fight for the 2017 drivers’ world championship and to successfully defend the Harbin title after winning there in 2016.
Turn the clock back 12 months and it was a very different picture heading to Harbin; Seliö had had a poor start to 2016 and was sitting in sixth spot in the points table with just 15, two behind teammate Filip Roms and 27 off leader Alex Carella.
This year he heads there leading Carella by one point after taking two podium seconds in Portugal and France and will be aiming to turn the wick up and hit top gear to try press home his advantage.
“We have two good races behind us with very few issues so all is in place and looking good. What we have to do is resolve some minor problems Filip has had,” said Seliö ahead of his flight to China. “We will have new engines and we have good momentum so there is no reason why we can’t take our first win of the year.
“Qualifying will be crucial because the top six [drivers] are all very close so to get a good start position is important. There is no right hand turn in Harbin and it is a very fast circuit but overtaking these days on any circuit is tough, not impossible, but not easy.
“Whoever has pole for sure has an advantage with clear water for the first couple of laps, but in the end it will come down to strategy, set-up and a bit of luck.”
Last year the Mad Croc duo dominated proceedings in Harbin taking a sensational one-two in BRM Official Qualifying and then raced one and two for 23 laps before Roms was taken out after an ill-judged lunge up his inside by Carella taking out both drivers.
Young Roms will be optimistic that with the technical issues hopefully resolved he can turn his season around and post his first points.
Nineteen drivers from 12 countries will line up on the Hulan Estuary Wetland Park Circuit in Harbin with first official practice taking place at 1400hrs [local] on Friday. A second practice session on Saturday at 1030hrs is followed by BRM Official Qualifying at 15:00hrs. A third and final practice session is at 0945hrs on Sunday followed by the UIM F1H2O Grand Prix of Harbin at 1400hrs.

[BRM Official Qualifying at 1500hrs on Saturday 12 August and the UIM F1H2O Grand Prix of Harbin at 1400hrs on Sunday 13 August will be streamed live on f1h2o.com]