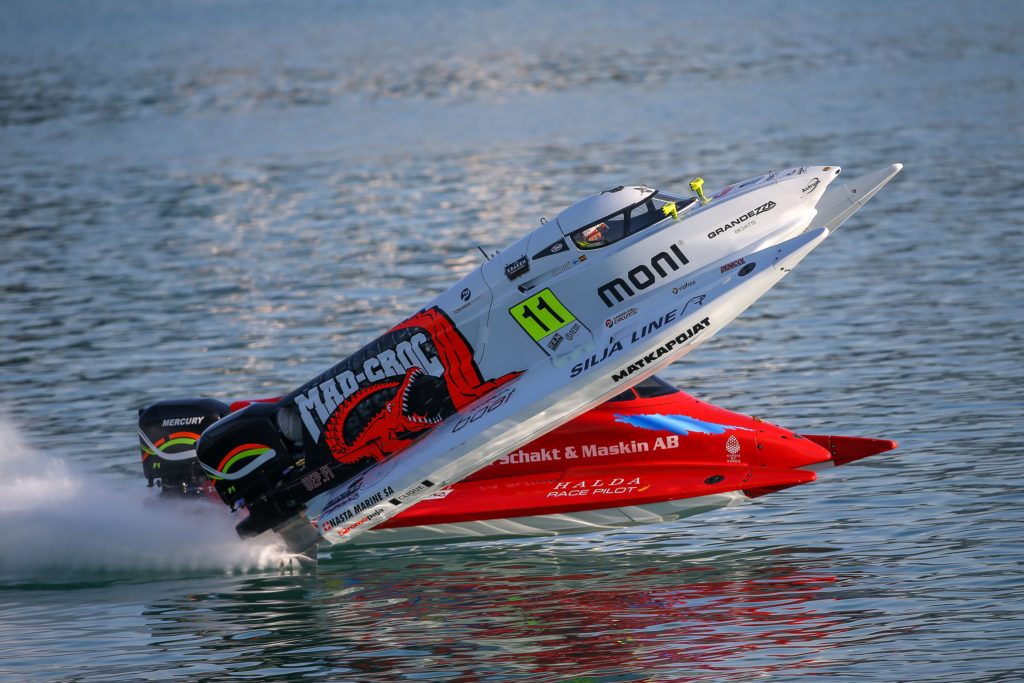 Thursday, 7 December: Sami Seliö emerged unscathed and somewhat bemused after a big crash in today’s BRM Qualifying at the UIM F1H2O Grand Prix of Abu Dhabi that has almost certainly put an end to any lingering outside hopes of a late title challenge.

For the third time in as many Grand Prix weekends, Q2 in qualifying has proved to be the Mad Croc BABA Racing drivers’ undoing, this time a result of a coming together right at the start of the 15 minute session with Sweden’s Erik Stark, with Seliö coming off worst. “I am really not sure how this happened. It was right at the start of the session. We were both on our way round the lap and trying to get into a good position and Erik was already going quite slowly.
“I think we should have been going faster. I give him the sign that I want to go but I think OK I stay behind him. I went wide at the turn into the straight and was going to start to push and set it up for the next lap but we then got the green flag. So we both went and then touched and I went up and over.
“For me it is difficult to understand how it could end up like that.” said a very disappointed Seliö.