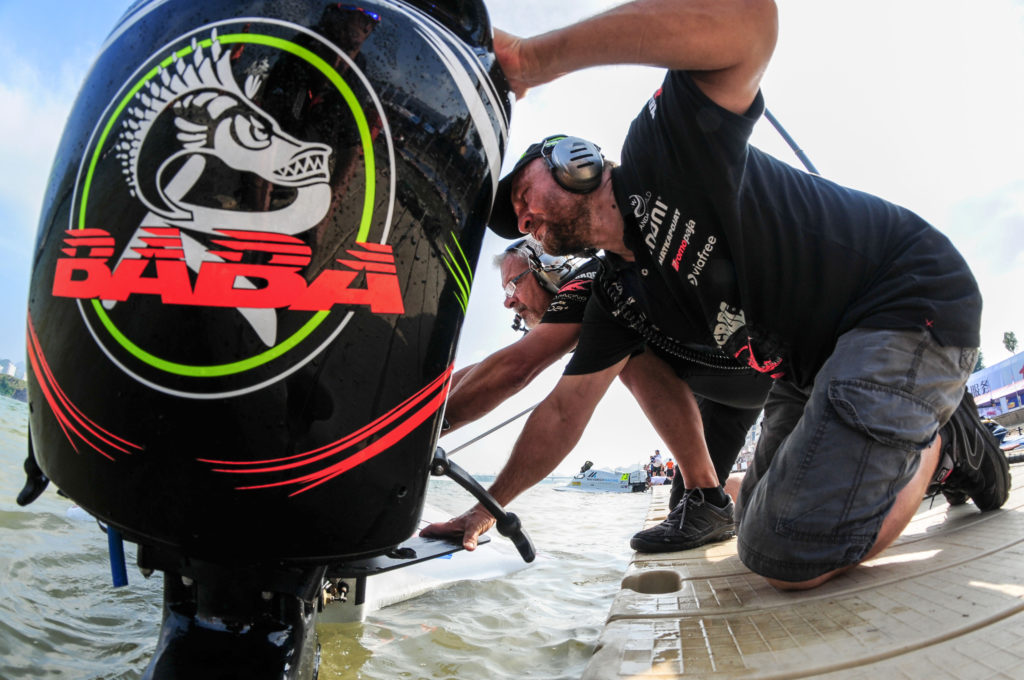 Sunday, 1 October, LIUZHOU (China): Sami Seliö has conceded that his hopes of clinching a third world title this season are over following a bitterly disappointing and frustrating week for Mad Croc BABA Racing in China at the UIM F1H2O Grand Prix of Liuzhou.
Following his crash in Q2 in yesterday’s BRM Qualifying Seliö was forced to start from 18th, the nine- place drop the penalty for switching back into his older boat and changing the engine.
In a race run in high temperatures and oppressive humidity the same engine issues persisted with Seliö hindered and unable to make up much ground, bringing his boat home in 14th. Today’s result means Seliö drops to fourth in the points table and 28 off the top spot. “To say everything didn’t go as we planned is a massive understatement,” Seliö said. “The weekend started badly. We didn’t have the power in the engines and we just we couldn’t figure out why.
“Then I crashed out in Q2 which was just really very unlucky, but I didn’t have the pace I needed and it would have been tough ask to get into the shootout anyway. We decided to change the boat and the engine but the gremlins were still there and I was starting at the back and for the whole race the engine was completely flat. I just couldn’t do anything.
“For me I can understand if maybe one guy I don’t expect is ahead but a bunch of guys that I normally outpace and now I can’t get passed and I am three laps down on the leader, something is not right.
“Now we have to regroup. Go to Abu Dhabi and Sharjah hopefully fix some of the issues, do our best and aim for a positive end to the season.”
The race win went to Abu Dhabi’s Alex Carella with Sweden’s Erik Stark in second ahead of CTIC China’s Philippe Chiappe.
Teammate Filip Roms struggled with the same power issues but did manage to improve from 12th off the pontoon to take ninth place and pick up two championship points.
Round 4 of the UIM F1H20 World Championship takes place in Abu Dhabi on 6-8 December.