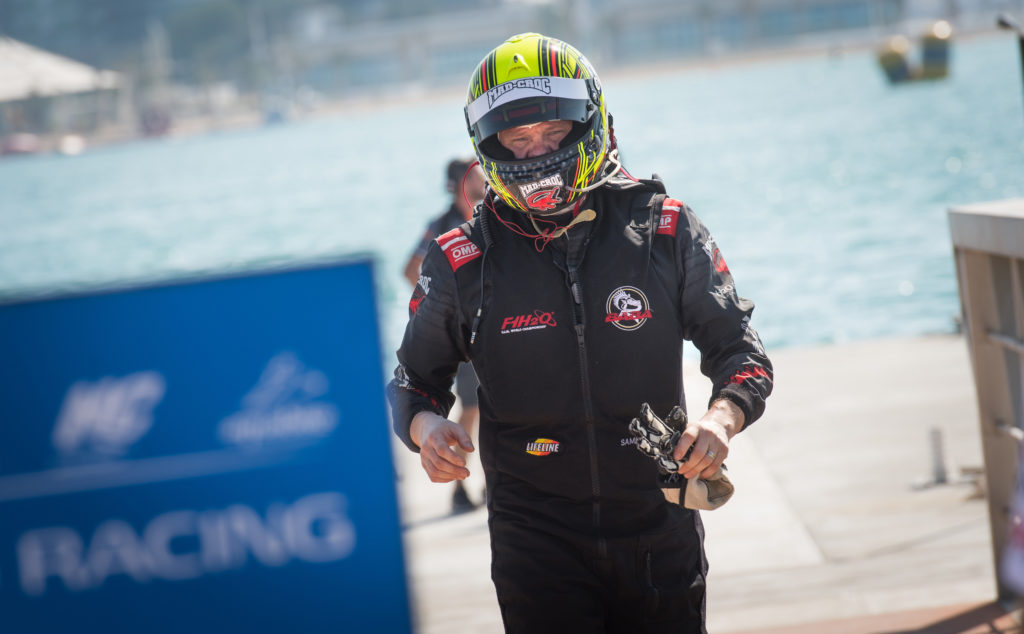 Friday, 7 December, ABU DHABI (UAE): Sami Seliö and Filip Roms will be looking to turn their season around and end the year strongly at the final two rounds of the year of the UIM F1H2O World Championship over back-to-back weekends in Abu Dhabi and Sharjah.

The first test for the Mad Croc BABA Racing duo is the Grand Prix of Abu Dhabi this weekend and there was a familiar face back in the team; after going their separate ways towards the end of 2017, Sami Seliö and Michael Jenkins have teamed up again, with Jenkins returning to the Mad Croc BABA Racing outfit. “Michael is back with us for the final two races of the season and it is nice to get him back. He will be my radio man also so everything is back to normal like it used to be with him taking care of engines and the general running of the team so let’s see how it goes.” Seliö said.

It has, to say the least, been a frustrating year for Selio and the team with engine and technical issues plaguing their season, limiting Seliö to a solitary top five finish with teammate Filip Roms finally grabbing his first points of the year at the last round in India. “I have really not known a year like it,” said Seliö. “But the team has been working hard to resolve the issues we’ve had, the engines have been rebuilt, fuel issues have been solved so everything should be good, but of course I am still a bit anxious to see how it goes.”

After yesterday’s extra free practice there was an air of cautious optimism inside the team, with Seliö having an almost trouble free 90 minute session and setting the sixth best time with a 45.25s lap around the 1.973km 5-pin corniche circuit, although there was some concern for Roms whose session was cut short due to engine issues. But the problem was found and resolved with an engine change for today’s BRM Official Qualifying.

Seliö utilized the session to the maximum running two boats, trying out various different set ups and propellers. “It felt much better today but now we have to double check everything. We did have some fuel issues at one turn with the newer boat which is incredible because we changed and checked everything, but my best time was set in the other one which is the one I will use,” Seliö said. “We learn a lot from running both boats as they are completely different and this does give us options.”