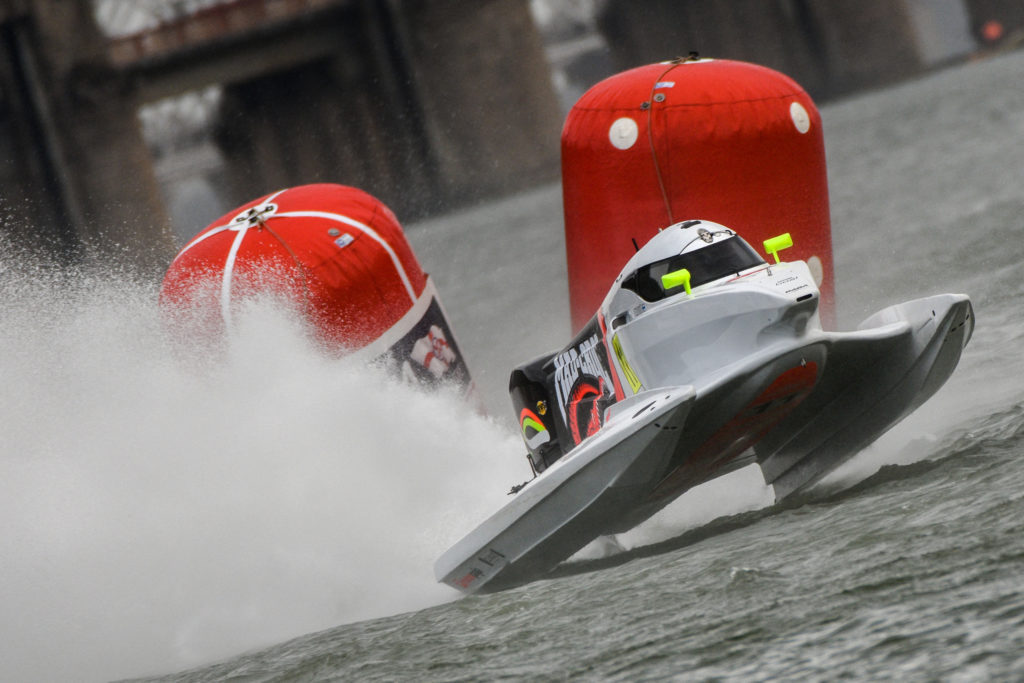 Tuesday, 20 November: Sami Seliö will be wondering what on earth he must to do to end the remarkable run of bad luck he has been plagued by this season and which continued at last weekend’s UIM F1H2O Grand Prix of India in Amaravati, with Seliö side-lined for the race following an engine failure in third practice on Sunday morning.

There was however some consolation for Mad Croc BABA Racing with Filip Roms finally getting to run a competitive race bringing his boat home in seventh after starting from 14th off the dock to post his first points of the season.

Seliö’s weekend began to unravel after a very promising Friday practice, posting the seventh quickest time of the 90 minute session testing both his boats and various propellers with the Finn upbeat about the two days ahead.

But that’s as good as it got, Seliö managing just seven laps on Saturday morning and then missing the cut in the first session of BRM Official Qualifying due to a string of recurring engines issues, with the final blow coming on race day and Seliö resigned to watch the race from the side lines. “There is very little one can say other than we will pack up head to Abu Dhabi and try to fix this nightmare.” he said.

In a race of attrition with six of the 18 starters failing to go the distance and Philippe Chiappe and Duarte Benavente taking each other out at the first turn, victory went to Abu Dhabi’s Shaun Torrente and moving him to the top of the championship standings, with Emirates Racing’s Marit Stromoy producing a mighty performance to finish second ahead of Abu Dhabi’s Erik Stark.

The penultimate round of the year takes place in Abu Dhabi on 6-8 December followed a week later by the season ending Grand Prix of Sharjah.

Not for the first time this season the Mad Croc crew will regroup dust themselves off and look to try to end their luckless season at the next round.