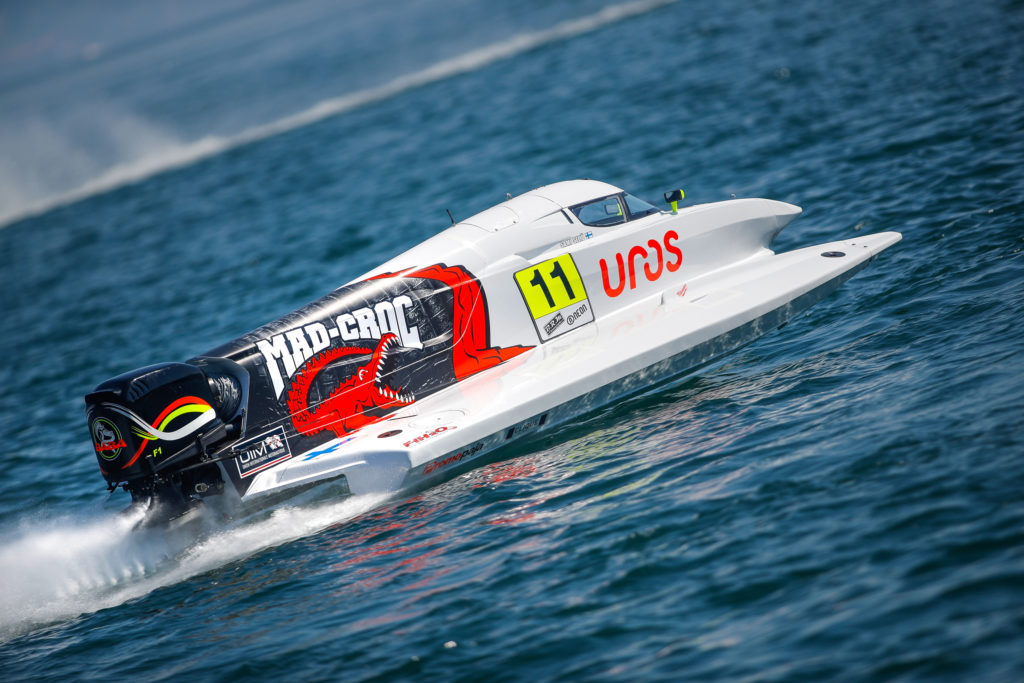 Thursday, 20 September, XIANGYANG (China): Sami Seliö is optimistic that the team can turn their fortunes around at this weekend’s Agile Grand Prix of Xiangyang in the People’s Republic of China, round 4 of the UIM F1H2O World Championship.

Seliö  teammate Filip Roms and the Mad-Croc BABA Racing Team endured a torrid time during the three European legs of the 2018 campaign which were plagued by engine issues that limited Seliö a single fifth place finish at the Grand prix of London and left Roms searching for his first points of the season in China.

During the extended summer break the team has worked on everything feasibly possible to fully understand and rectified the earlier issues.

“So far this year it has been a never ending story of bad luck. It has to change at some point,” Seliö said. “We know that the engine problems were fuel related, but for the rest of the season the championship reverts to using normal fuel so from our point of view we expect a turn round in performance and reliability.”

“We are both looking forward to getting back out on the water and to be able to run in boats which we know are good and that are not in super safe mode and be able to compete at the level we know we are capable of.”

Friday will be the first chance for Seliö and Roms to get out onto the 7-pin, 2.230 km circuit on the Han River to shakedown engines, work on set ups and test props.

If past results are anything to go by, Seliö’s in the PRC speak volumes. He has the second best record of any of the current line up winning there four times, his first victory coming in 2008 in Shenzhen, winning twice in 2009 in Liuzhou and again in Shenzhen, his last first past the post was in Harbin in 2016. His qualifying results are also impressive, taking pole seven times.

Xiangyang in Hubei Province will be the 11th city in the PRC to host a round of the world championship since its first appearance in Hangzhou in 1995, 2018 marking its 17th year and playing out its 24th Grand Prix in China.

First practice takes place on Friday, 21 September at 14:00hrs [local], with a second practice session on Saturday at 10:15hrs and BRM Official Qualifying at 14:00hrs. The final practice session starts at 08:00hrs on Sunday with the Agile Grand Prix of Xiangyang starting at 11.00hrs.