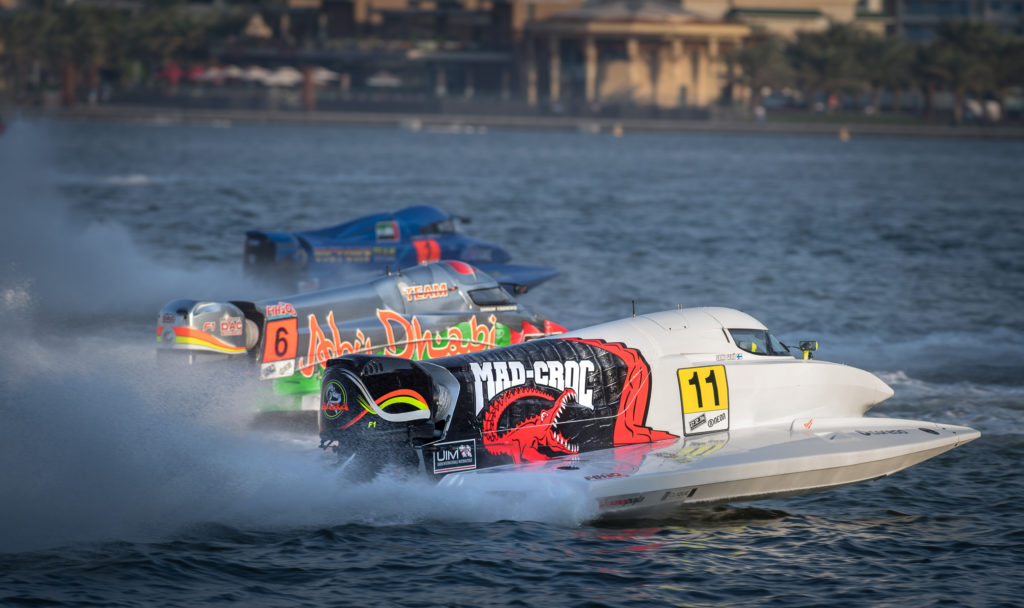 Wednesday, 19 December: Sami Seliö rounded off his year with another strong performance to finish fourth in the UIM F1H2O Grand Prix of Sharjah, with teammate Filip Roms coming home in seventh, the race win going to Erik Stark ahead of Jonas Andersson and newly crowned world champion Shaun Torrente.

After a tough year the Mac Croc BABA Racing Team turned their season around with Seliö producing a brilliant drive from tenth to get on the podium in Abu Dhabi and a week later qualifying in third in Sharjah, but the two-time champion was frustrated and a disappointed on missing the podium. “Okay we should be happy if you look at some of our other results this year but actually it is frustrating because I know we should have been on the podium,” he said. “I knew immediately when I went out that I had messed up with the propeller choice, the conditions had changed and I just didn’t have the performance.”

Starting in P3 Seliö dropped places at the start and restart after the yellow flag was shown when Thai driver Sookbuangbon went over and was down to sixth but clawed his way back to fourth by lap 17 of 44 but from there was unable to close the gap to Shaun Torrente. “The race was tough. I couldn’t push because the power just wasn’t there with the engine lacking rpm. But in the end fourth is a strong results, both boats got to the end we didn’t have any technical issues so we must take something from that.

“But for me as a driver I was expecting more especially after qualifying because I knew we had pace. But we take it have a break and we will look to be even more competitive from the first race of 2019.”