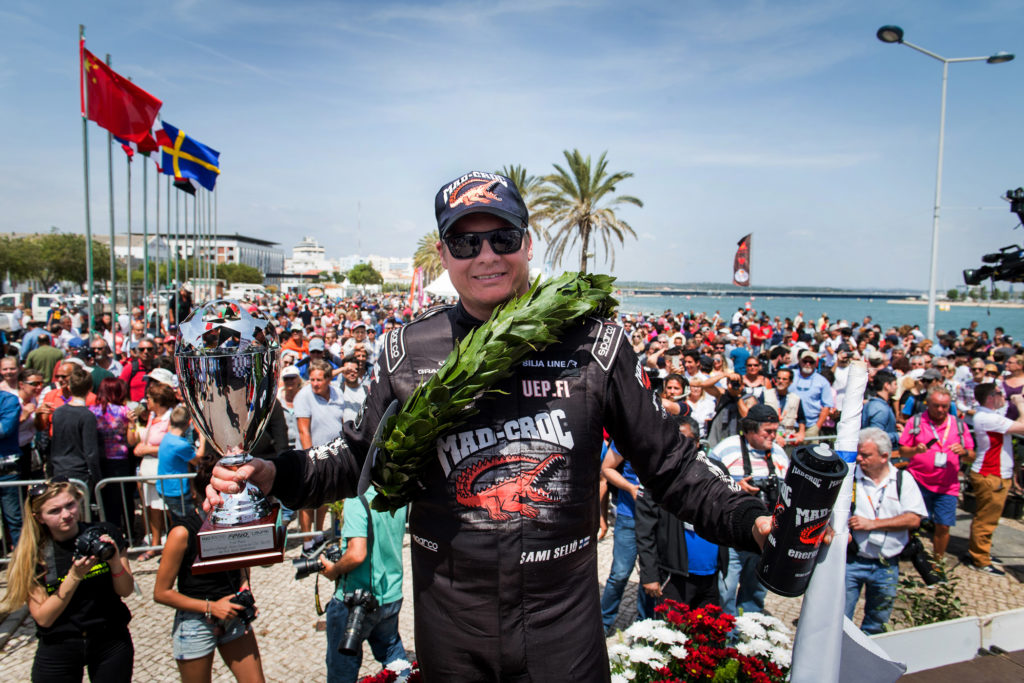 Sunday, 23 April, PORTIMAO (Portugal): After a difficult weekend in Portimao for all the teams and drivers, with gale force winds disrupting the schedule and limiting time on the Arade River, Sami Seliö produced an impressive showing and made a more than solid start to his season, taking a well-deserved second place in the UIM F1H2O Grand Prix of Portugal.
Teammate Filip Roms was however less fortunate and more than unlucky, when an inboard camera came loose, dropping onto the kill-switch of his fuel pump and forcing him to retire on lap 31 after running up in seventh place.

With weather forcing the cancellation of Saturday’s practice and BRM Official Qualifying, today’s 90 minute session was the first and only opportunity for the Mad Croc BABA Racing duo and the other eight teams to try to make up for lost time and find the right set-ups.

For Seliö and Roms the session proved frustrating, both battling with trim and fuel pump issues, with Selio’s hopes of a third straight pole in Portugal thwarted, managing only ninth fastest, Roms 14th.

But from ninth off the dock Selio wasted little time in making up places and was up to sixth by the end of the start lap, passing Jonas Andersson on lap 7 and trading places with Duarte Benavente and sealing third spot on lap 15.

For the second half of the race he chased down Erik Stark, passing him with two laps to go when the Swede had engine problems, to secure second place.

“After the time trials where we had so many little problems, this is a great start to the season and I am 15 points better off than last year,” said Sami Seliö. “The team really did a great job to fix the issues in the very short time between the time trials and the race start and during the race everything was pretty much perfect.

“From the start I just pushed as much as I could. I made up places quite easily and was going after Erik, but I had maybe five or so laps where I got held up in traffic. But at the end of the day I am happy with a podium and the points.”

Round 2 of the UIM F1H2O World Championship is in Evian, France on 1-2 July.