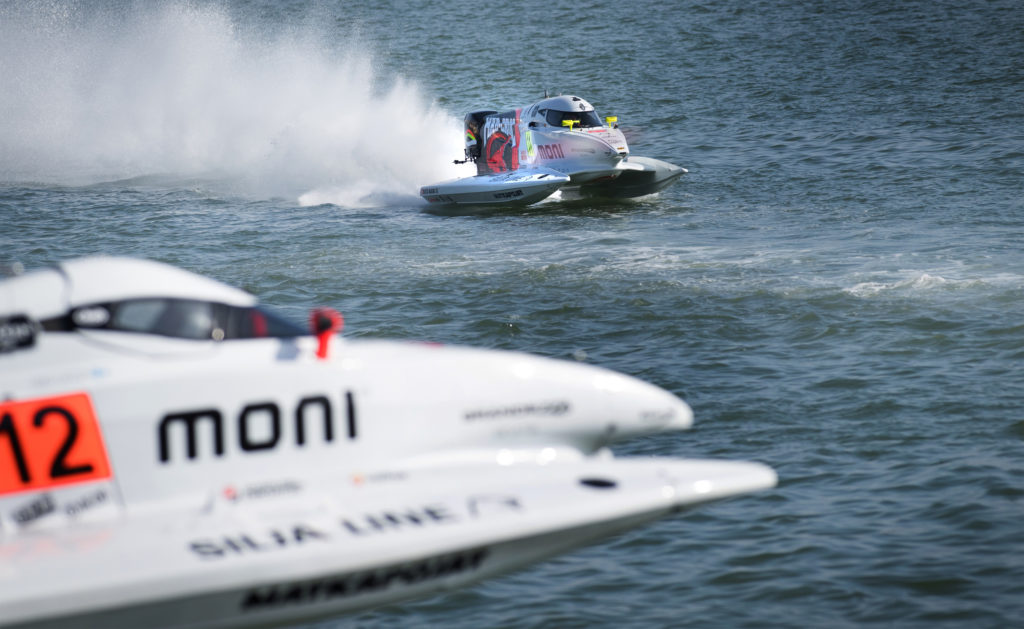 Wednesday, 28 June: Mad -Croc BABA Racing duo Sami Seliö and Filip Roms head to Evian this week for the 21st Grand Prix of France, 1-2 July, round 2 of the 2017 UIM F1H2O World Championship, and are ready for whatever the notoriously unpredictable weather and Lac Leman circuit serves up.

Seliö is one of only two of the current crop of drivers to have won on French waters taking his first ever win on the UIM F1H2O tour in La Rochelle in 2007, whilst teammate Roms is a double podium finisher in Evian.
The pair enjoyed mixed fortunes at the season-opener in Portugal, Seliö kick-starting his year with a gutsy drive from ninth of the dock to second place with Roms unfortunately taken out of the race as a result of a lose inboard camera that took out his fuel pump kill-switch.

Seliö heads to Evian looking to improve on his previous results there, fifth in 2015 his best, retiring last year. And despite the fact that team’s pre-event testing schedule didn’t run as planned the two-time world champion remains upbeat.

“We have missed out on some extra time on the water but we know both boats are in good shape,” he said. “We will have time on Friday afternoon and on Saturday morning to make any minor adjustments and as always in Evian we will have eyes on the weather.

“It is one of the most unpredictable race venues we visit due to the weather and the very difficult rolling waves mixed up with the wash from ferry boat traffic and any plans you have in your mind can well be turned upside down at the last minute.”

Seliö’s target will be to keep the pressure on point’s leader Chiappe, with the Finn looking to add to his 25 career pole positions and 13 Grand Prix wins.
Teammate Roms will be relishing returning to Lac Leman where he has enjoyed considerable success. He took his first ever podium with third place in 2015 and last year produced one of his strongest ever drives to give him his highest placed finish in second.

The 20 drivers from 12 countries will get their first opportunity to get out on the water on Friday at 14.50hrs for free practice, BRM official qualifying takes place at 16.20hrs on Saturday, with the UIM F1H2O Grand of France at 15.00hrs on Sunday local time. Live broadcast on www.viasat.fi.