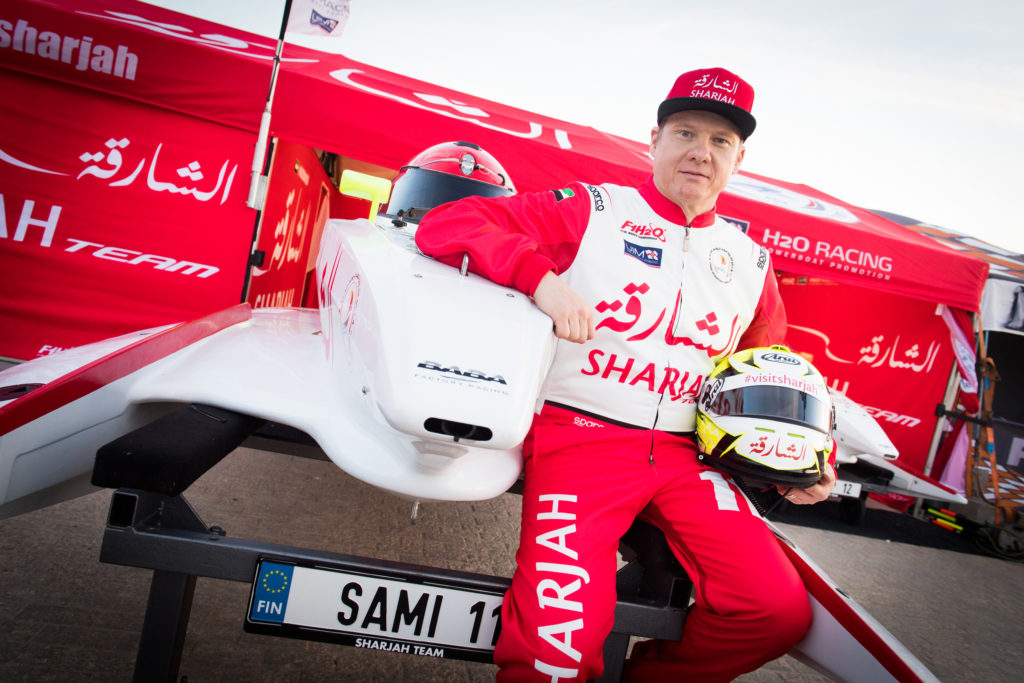 Saturday, 30 March, Dammam (Saudi Arabia): Despite the best efforts of the event organisers, race officials and the drivers to salvage the day, the strong winds and rough seas that have prevailed for the last three days in Dammam preventing any on water activity until today, ultimately proved to severe forcing officials to cancel the race.

In an effort to get the race underway the start was delayed by half an hour in the hope that the conditions might ease with the boats eventually craned onto the water for a parade lap and then following the safety boat completed several laps of the shortened circuit to evaluate the situation.

But after three laps the boats were called back to the pontoon and the race was officially cancelled.