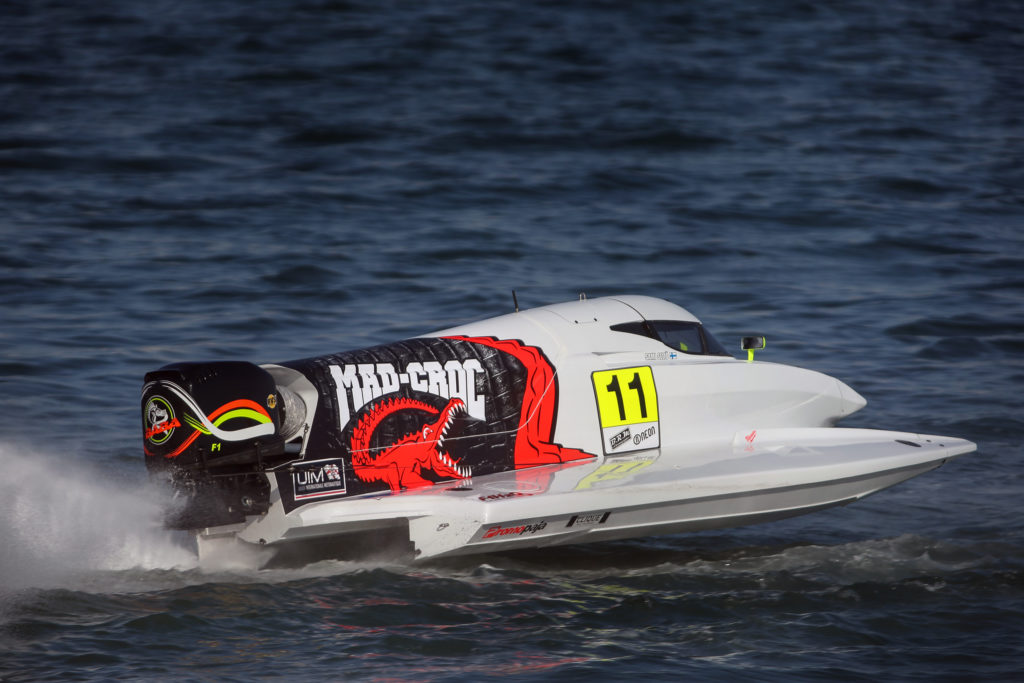 Monday, 21th May, PORTIMAO (Portugal): Mad Croc BABA Racing’s Sami Seliö and Filip Roms endured a weekend full of frustration in Portimao at the UIM F1H2O Grand Prix of Portugal with engine issues plaguing the pair throughout, Seliö unable to make the start of the race Roms retiring on lap 10.

Seliö’s hopes of a repeat of last year’s podium faded early on Friday in practice after only six laps when the engine problem surfaced for the first time, Roms struggling with fuel supply issues and managing just 10 laps.

Despite the efforts of the team to identify and fix the issues the scenario would repeat time and again, with Seliö managing just six laps in BRM Qualifying, Roms unable to start. “This has been one of those weekends that you think will never happen,” said Sami Seliö. “The bigger worry is that we are struggling to understand why. Last year with the same fuel for the opening races everything was completely different, two good results this year a disaster.

“We tried to rectify the engine issues running it with super super safe modes but nothing worked. My engine went in the practice before the race and despite a good session for Filip, in the race he saw his temperature way high so called it a day after 10 laps.

“Now we will get the engines back to the workshop and analyse absolutely everything and try to be ready and in a better shape for London.”

Round 2 of the UIM F1H2O World Championship is the Grand Prix of Great Britain in London’s Royal Victoria Dock on the 15-17 June.