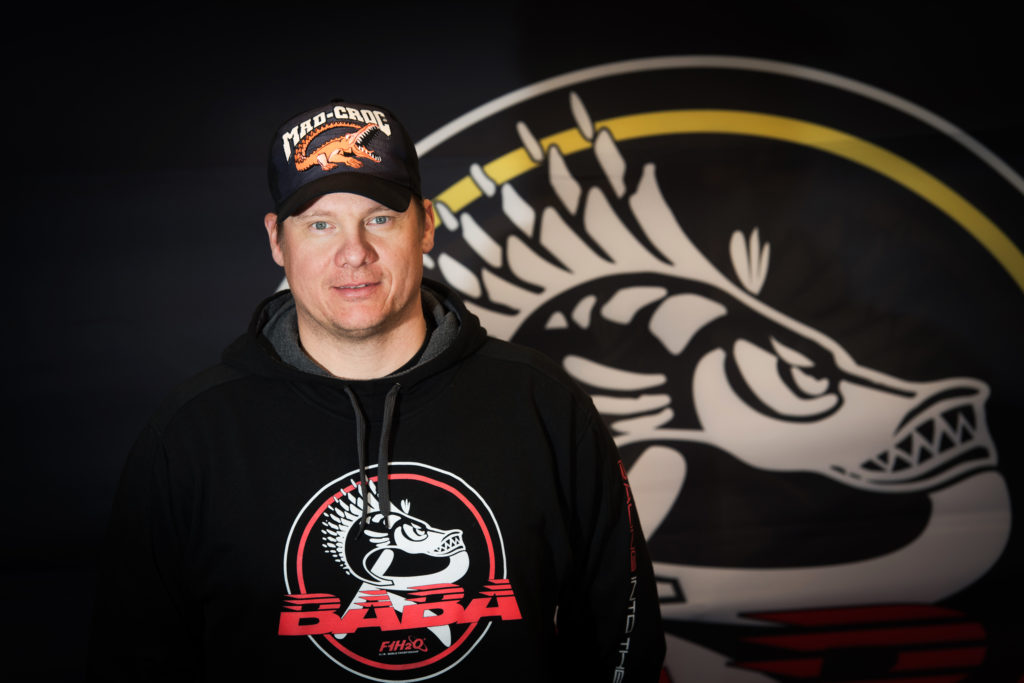 Mad-Croc BABA Racing will launch their 2018 UIM F1H2O World Championship campaign at this weekend’s Grand Prix of Portugal at the Algarve resort of Portimao on 18-20 May.

The line-up for 2018 once again remains the same with the 2007 and 2010 world champion Sami Seliö targeting a third world title and lining up alongside fellow-Finn, the ever-improving Filip Roms.

Seliö will certainly be hoping for a change of fortune this year after what can only be described as a bizarre 2017 season which saw him podium twice in the first two races and lead the title race, then come to grief in BRM Qualifying in Harbin and Liuzhou and, as an innocent passenger, suffer two spectacular offs in Abu Dhabi. Yet despite his misfortunes he still finished in sixth in the overall championship standings.

2018 marks Seliö’s 21st season in the UIM F1H2O Championship and the first race of the year will be his 150th start where he will be aiming to add to his 25 poles positions, 13 Grand Prix wins and 33 podiums. “The build-up to the season has been chaotic but we are just about on track,” he said. “My new boat was shipped to Portugal for me to test ahead of the race. There are some minor modifications, we played around with where we put the weight, made some tweaks to size but mainly we have looked at accommodating my driving style.

“I have gone well in Portugal over the last couple of years and will be looking to do the same this year. Making sure we find good pace early is important, qualify strongly and we go from there.”

The first of his three second placed podium finishes in Portimao came in 2002, repeating the feat in 2016, when he grabbed P1 in BRM Official Qualifying, and last year. He was also on pole in 2015 in Porto, his race ending after being clipped by Alex Carella and blowing his boat over.

Filip Roms gets the green light for his seventh season alongside Seliö and remarkably is still one of the youngest on the tour at 24. Of the current crop of racers, at 18 he became the youngest driver to make his F1H2O debut and post points, finishing in seventh in Qatar in his first outing. He then became the youngest to podium at 21 in France in 2015. He has finished on the podium twice, has a best P2 in qualifying and highest season-ranking of sixth.

The team-driver line-ups for 2018 are almost unrecognisable after a prolific pre-season of cockpit reshuffles that began the moment the chequered flag dropped in Sharjah to close out 2017.

Nine teams and 19 drivers from 12 countries make up the 2018 entry which boasts three multiple world champions and nine drivers who have climbed onto the top step of the podium. Remarkably, of the nine teams on parade in the paddock, six field a revised driver line-up.

Adding to the uncertainties of any season-opener, as Portimao prepares to host its 16thevent and the 17thUIM F1H2O Grand Prix of Portugal, are the conditions drivers will face taking on the 1.937km 7-pin Arade River circuit, with the unpredictable wind, river currents and tides conspiring to produce a real test of driver skills.

Administration and scrutineering on Friday [18] morning is followed by a two hour practice session starting 17:00hrs, practice and BRM Official Qualifying on Saturday and practice and the UIM F1H2O Grand Prix of Portugal on Sunday start at 15:00hrs and 18:00hrs.