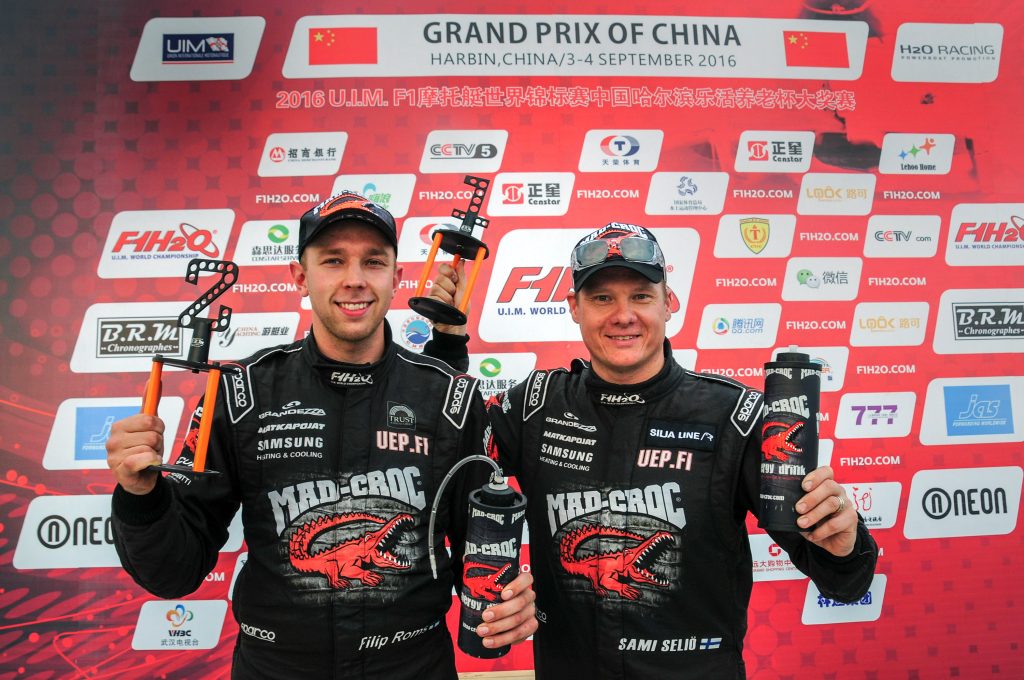 Today’s result reaffirmed that two-time world champion Sami Selio is back at his best and on a roll, following his pole position and second place in the Grand Prix of Portugal, with his second consecutive pole position, the 25th of his career and his seventh in China, and will now be looking to capitalise with a first race win since Abu Dhabi in 2013. “We are turning things around even though it has been a difficult weekend so far,” said Selio. “This morning in practice I struggled. I couldn’t find the set-up, my driving was bad and I couldn’t get on with the new boat which I haven’t tested much. We also had some technical issues but amazingly we sorted it out and went on to take pole.

“Filip did a great job. But there was no pressure on me. Yes he is my friend, my teammate but when we are on the water he is just one of the guys competing against me and of course we both want to be the best. Now we have to wait and see about tomorrow and see what the weather does and then decide on set-up.”

For his young teammate Filip Roms it was the best qualifying performance in his five-year F1H2O career, not only making it into the Q3 six boat shootout for the first time but then going second quickest and missing out on the pole to his mentor and teammate by a mere 4-100ths of a second.