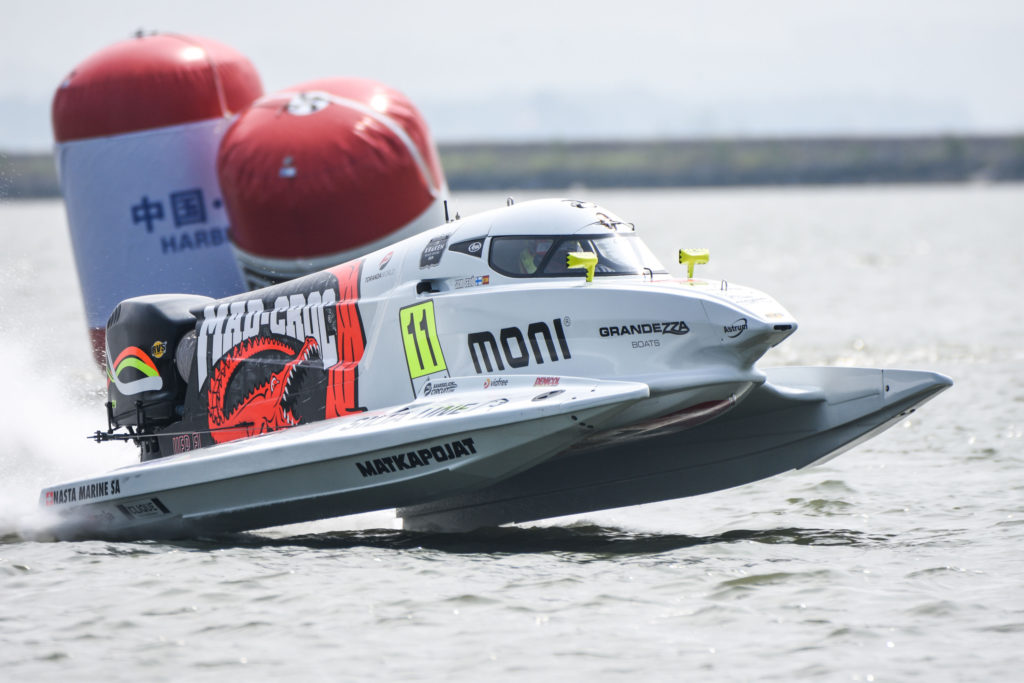 Sunday, 13 August, HARBIN (China): Sami Seliö’s brave efforts to try to salvage something from the UIM F1H2O Grand Prix of Harbin in China following his dramatic crash in yesterday’s BRM Official Qualifying in Q2 ended in frustration and bitter disappointment after he was forced to retire from the race on lap 8.

But there was some consolation for the team and reward for their efforts with Filip Roms getting his first real opportunity to run a full race distance this season without any technical issues and bringing his boat home in eighth place to post his first points of the season.

It was always going to be a big ask for Seliö to try to salvage something, getting just three laps in the spare boat in the morning practice session and starting from 15th of the dock.
“Of course we are all very disappointed with how this weekend has worked out. But you have to take it on the chin and look to the next event,” said Seliö.
“There are always positives to be taken out of any situation. Yes I crashed in qualifying but the boat was and is quick. We found the problems with Filip’s boat, fixed it and today he showed what he can do with a very solid top ten finish. Now we must focus on the next race in Liuzhou.”

Although leaving China with no points the upside for Seliö, despite losing his championship lead, is that key rivals Alex Carella and Philippe Chiappe could only manage fourth and fifth and he is still right in contention and now sits in second spot just eight points adrift of Carella and still ahead of Chiappe.

Round 4 of the UIMF1H2O World Championship is the Grand Prix of Liuzhou in China on 29 September – 1 October.