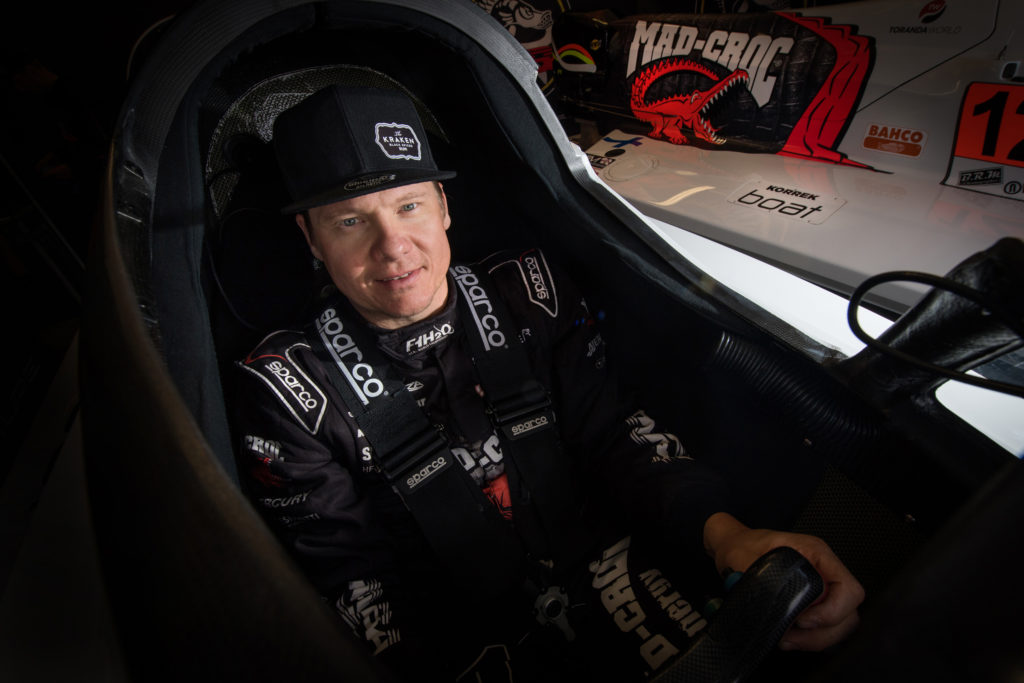 Tuesday, 26 September: Sami Seliö heads to China for the Grand Prix of Liuzhou [29 September-1 October], round 4 of the 2017 UIM F1H2O World Championship, looking to hit back in the title race and make up for the points dropped last time out in Harbin in August.

Despite a strong start to the season with two consecutive podium seconds in Portugal and France, the crash in P2 in BRM Qualifying followed by an engine issue and retirement [from the Grand Prix of Harbin] cost the Mad Croc BABA Racing’ driver top spot in the championship order, dropping him to second and now puts him eight points adrift of rival Alex Carella.
Top of the team’s priority ‘jobs list’ when they arrive this weekend is to fully assess the damage and repair the Finn’s favoured race boat. “We hope to be able to start work on Monday and maybe face a pretty big repair job,” said Seliö. “The right side took a big hit and we will know more when we get a detailed look inside. But we will arrive with several new pieces to cover off what we find, fix some cracks and then find out how the boat is when we test.
“Worst case scenario is that I have to run the spare boat which is a little different to drive.”
Seliö is one of three drivers to have won four times in China; his first win coming in 2008 in Shenzhen, winning the following year in Liuzhou and again in Shenzhen and most recently in Harbin in 2016.
But despite that win his other race outings in Liuzhou have been somewhat mixed and on two occasions dramatic, crashing out heavily and hospitalised in 2011 and missing the remainder of the season and taken out the following year by Shaun Torrente, putting paid to his title hopes. More recently the run of results bode well, finishing second in 2013 and on the podium in third for the last two years.
Heading into the second half of the season Seliö remains firmly on track in his bid to lift a third world title, his first coming in 2007 picking up his second in 2010.
For team-mate Filip Roms the second half of the season gives him the opportunity to build on his solid performance last time out in Harbin, qualifying in tenth and finishing in the points in eighth, as he looks to better his career best qualifying and race second places in Harbin and in Evian in 2016.
The action on the 2.02km River Liu circuit kicks off with practice on Friday, 29 September at 14.00hrs, followed by a second practices session on Saturday morning [10.30] with BRM Official qualifying at 15.00hrs. A final practice session on Sunday morning [10.30] is followed by the Grand Prix of Liuzhou at 15.00hrs.