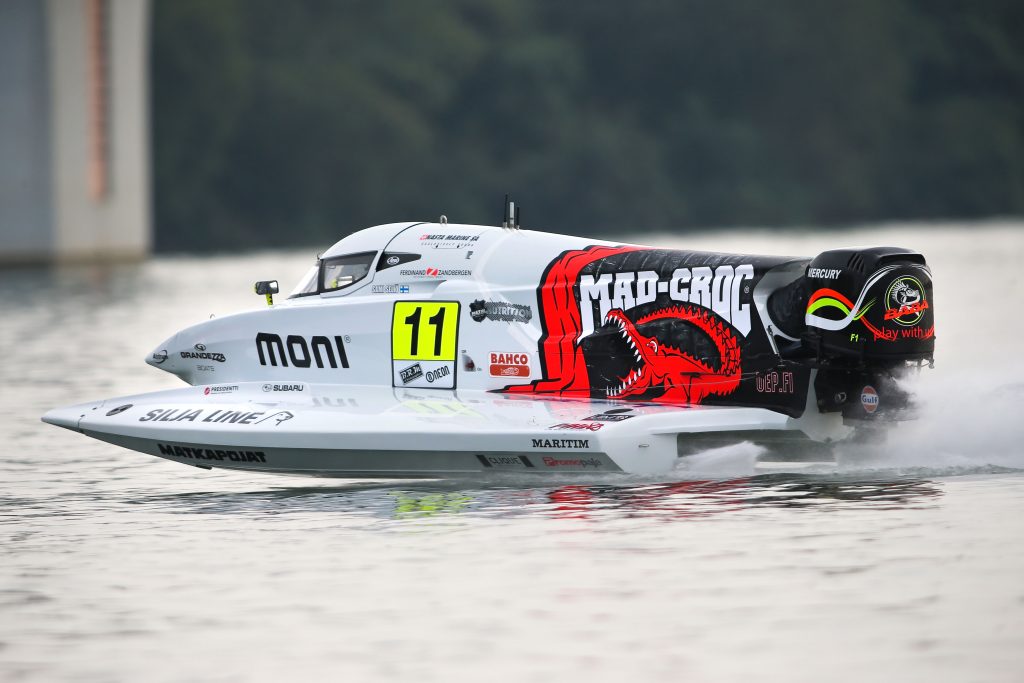 Starting from fourth Seliö launched his BABA off the dock when the lights went out and out-paced the man on his inside, Alex Carella, to the first turn to move up and into third at the end of the start lap with Al Hameli and Chiappe ahead.

The pace of the lead trio throughout the 50 laps was just frantic but despite throwing everything he had into the chase Seliö could not close the gap to Chiappe, but controlled the distance to one of his title rivals behind him, Shaun Torrente. “The start was very good but I was missing some pace throughout the whole race and just couldn’t do anything about the two head of me. Today they were just too fast,” said Seliö. “I kept pushing waiting for one of them to make a mistake but of course this time they didn’t.

“I don’t think we were at our absolute best this weekend but another podium is great and we are now up to third in the title race.”

Another of Seliö’s title rivals Alex Carella endured a second troubled race outing, having to come into the pits to fix a trim problem, before returning to the race but then retiring.

After the frustrations of yesterday’s BRM Qualifying and starting from 16th place, Filip Roms delivered a very measured performance to battle his way up through the pack to take a well-earned tenth and squeeze into the points.

Today’s result sees two-time world champion Seliö sitting in third place in the championship standings with 47 points and still very much in touch, Chiappe on 67 and Torrente on 54, with Mad Croc BABA Racing up into second place in the Teams Championship behind CTIC F1 China.

In the F4-S Trophy Ferdinand Zandbergen’s fourth in race 1 and excellent second place today to take second overall keeps him in second place in the overall standings.

Rounds 6 and 7 of the UIM F1H2O World Championship take place in Abu Dhabi, UAE, on the 7-9 December then heading north for the season finale in Sharjah a week later [14-16].