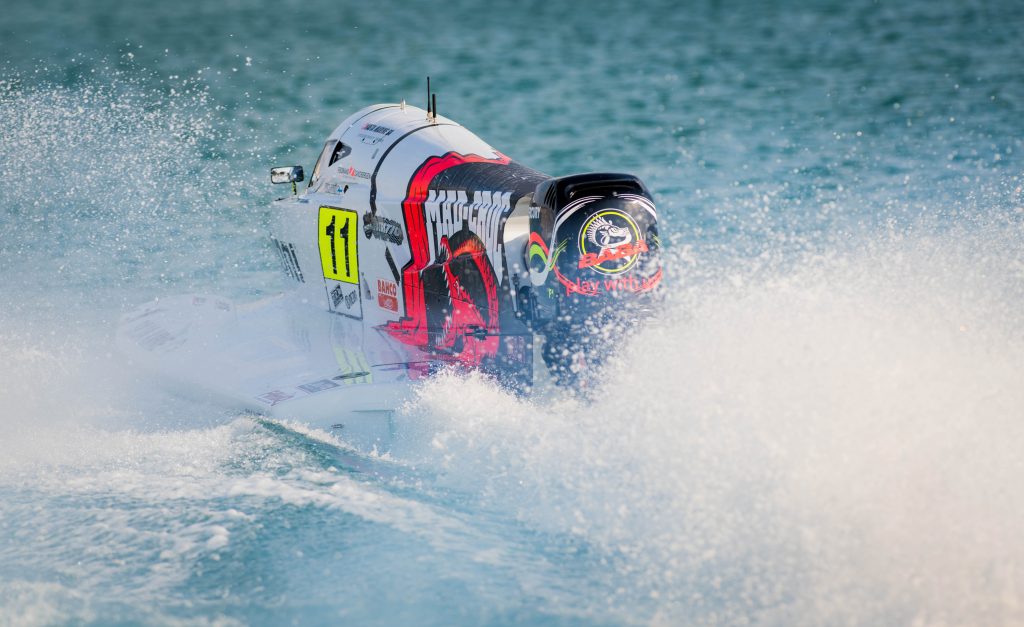 Friday, 9 December, ABU DHABI (UAE): Mad Croc Racing’s Sami Seliö bounced back after yesterday’s disappointment and missing out on the opportunity to challenge in qualifying, to produce a thrilling drive from the back of the field to take fifth place in the UIM F1H2O Grand Prix of Abu Dhabi.

Seventh place for teammate Filip Roms completed a positive afternoon for the team as they head to Sharjah next week for the final Grand Prix of the year, with Seliö looking to try to secure the championship runners-up slot.

Yesterday’s engine failure in Q1 and Seliö managing just four laps meant that the two-time champion would be on the back foot for today’s 45 lap race, which proved to be one of the most dramatic in recent seasons with three dramatic crashes and three yellow flag periods.

Seliö made a strong start from the back of the dock and was up to ninth when the first yellow flag was raised after the crash involving Xiong Ziwei on lap 9.

A second yellow was needed on lap 15 with Ahmed Al Hameli going over and out and the third when Jesper Forrs flipped.

From the fourth restart of the afternoon on lap 22 Seliö started to make up more ground passing Marit Stromoy and then hunting down and passing Erik Stark to move into fifth place and run out the race to the chequered flag.

“It was one of those days, a bit like my first race here in 98 when I start last and finish fifth. But it was fun,” said Seliö. “It was hard racing with Marit and Erik and the big problem was the visibility, especially the spray from Erik. It was hard just to see where to go.

“I think we have to be positive how we responded today as a team especially after not being able to fight for the pole position yesterday. OK, today was good but we should always be fighting for pole and the race win. Starting from last you can’t do that.

“I think Filip did a very good race to come from 15th after just missing out on Q2 yesterday to take a well-deserved seventh. His driving was good and also his set-up.

“In Sharjah we will push to the maximum to look to end the season in a positive way. We are second in the team’s championship at the moment and I will be pushing for second overall in the drivers’ championship.”