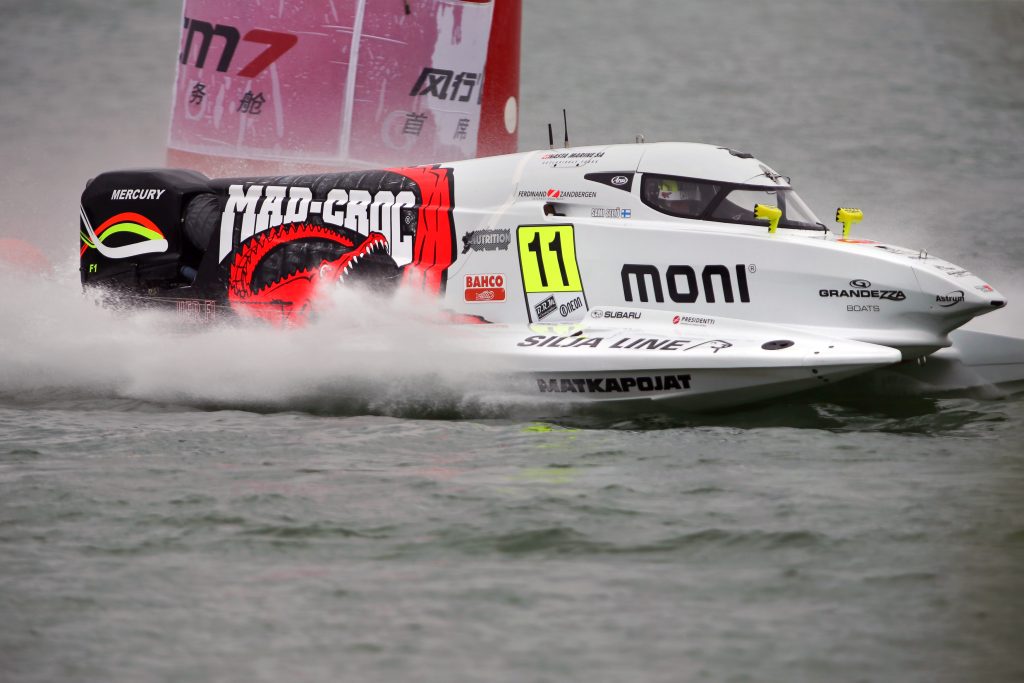 Sunday, 2 October, LIUZHOU (China): Mad-Croc BABA Racing’s Sami Selio narrowly missed out on taking a third consecutive pole position by 0.13 seconds, setting the fourth fastest time in a dramatic session, 46.17s, with the top three split by just 200ths of a second. “Of course in one way I am disappointed because it is the pole you always want and try for and it would have been nice to get three in a row,” said Sami Seliö. “But it is so tight and competitive at the top these days and the times are just so close.

“We spent the morning struggling to find the best set up and I think we were still too big with propeller choice in the shootout which means we were wrong in all sessions. The second lap in the shootout was an improvement and feeling fast but I made a couple of little mistakes. Not big mistakes but any small mistake is critical. These days there really is no room for error.”

There was disappointment for teammate Filip Roms who struggled in Q1 with technical issues and will start from 16th. “Filip’s problems were a knock on effect from the crash in Harbin but honestly the team did an incredible job to repair the damage in time and actually get him out on the water. He had some issues with the power steering and electrics but we are working hard to fix that for tomorrow.” commented Seliö.

Pole Position went to Ahmed Al Hameli who shared the identical fastest time, 46.05, with Philippe Chiappe, but was awarded pole with a better second time.

Sami Seliö sits in fourth place in the championship standings and tomorrow will look to make further inroads to try to reduce the 17 point gap to points’ leader Chiappe. “Practice tomorrow will be important and give us the chance to try different set-ups and see what the weather conditions are like. I will be looking for the same good start that I had in Harbin and it would make life easier if I can get past some of the guys on my inside early. “But it will be tough. Everyone is so good at the start these days.”

The UIM F1H2O Grand Prix of Liuzhou starts at 15.00hrs local and will be streamed live on the official website, f1h2o.com