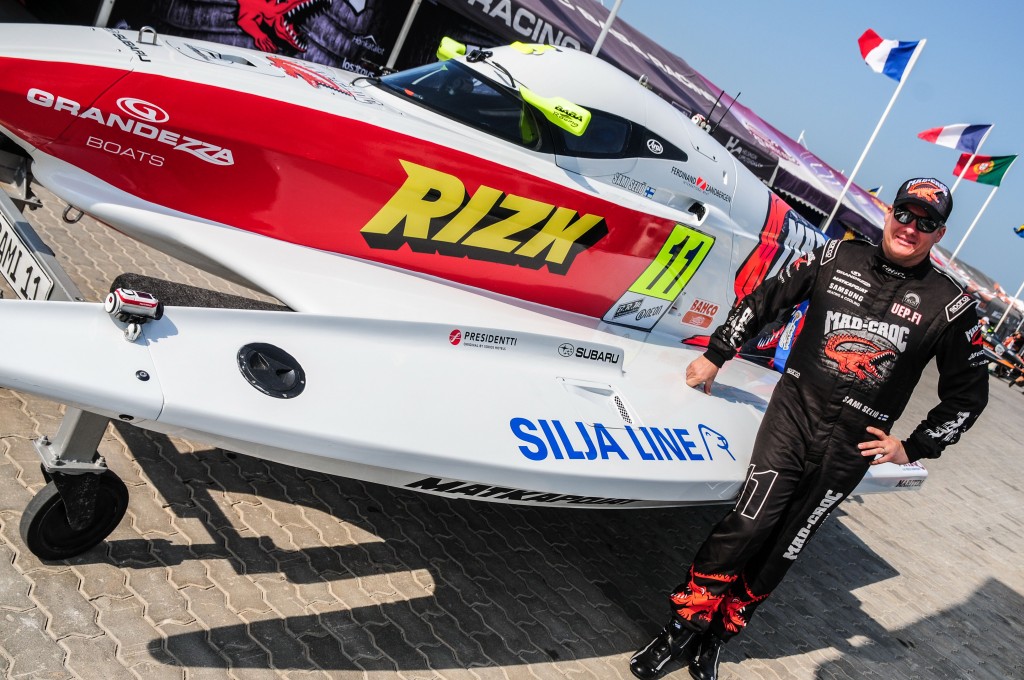 Friday, 4 March, DUBAI (UAE): It was, to say the least, a disappointing and frustrating weekend for Sami Seliö who said that it was an event he wanted to forget and will now look ahead and focus on round 2 in June in Evian, France.

With Seliö looking on from the shore it was CTIC F1 China’s Philippe Chiappe who grabbed the headlines with victory in the season-opener in Dubai and followed home by Abu Dhabi’s Alex Carella and Victory’s Shaun Torrente.

Seliö’s hopes of a hard charging drive from the back of the pack after he was forced to change an engine just hours before the race, fizzled out after the parade lap when the replacement power-plant just died on him, with Seliö forced to abandon any attempt to go for a start despite frantic efforts by his crew to fix the issue. “It’s quite incredible. I don’t understand it,” said Seliö. “We thought we had solved the engine-water issue but it happened again. So we put on a brand new very powerful engine and I felt that even from the back with some space I could have had a good race.

“Then suddenly on the parade lap it just died on me running on just a couple of cylinders. We tried to reset it but when the lights went out, no power so I pulled out. Knowing our luck if we put the boat back on the water now everything would probably work.

There were however some positives to come out of the weekend with 22-year-old Filip Roms bringing his BABA home in ninth place and youngster Ferdinand Zandbergen finishing on the podium in second spot in the F4-S Trophy, following up his victory yesterday with third today. “Now we will pack up and head to Italy and go over everything absolutely everything and get ready for the next race where we will have a new boat and new engine. Of course we are all very disappointed, but Filip did well to finish in the top and we are all very proud our youngster Ferdinand.”

Round 2 of the UIM F1H2O World Powerboat Championship takes place in Evian, France on 15-17 July.